Tonight has been a fun, exciting, magical and stressful night.

I took my family to go watch the Christmas lights be switched on in Bradford town centre. 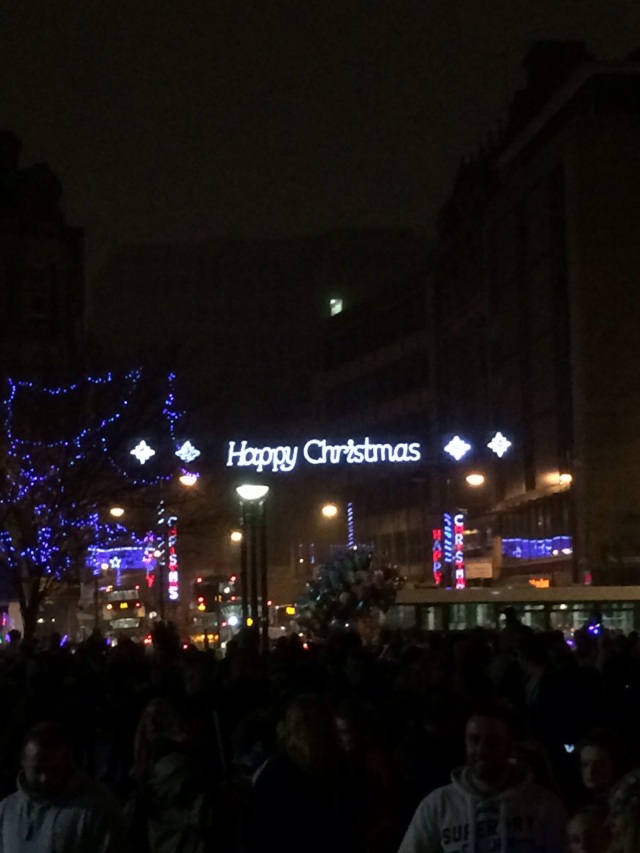 I was about worried about going because I knew it would be crowded. Also I knew I would be on my own with kids as my hubby had to work that night. With this in mind I decided to ask a couple of my mummy friends if we all fancied going together. Because then we could keep each other company as well as help each other when it came to toilet runs and watched each other’s kids.
You know “mummy team work”.

My friends K and E were more the happy to go along with my idea and we mixed a group with my 4, K’s 2 boys and E’s little girl. Making the grand total of 3 adults and 7 kids, 4 of which were 3 or under. (Yes we are mad)

We decided to set off into town at 4.15pm so we would be able to get a good place to watch the show. Which started at 5pm. We got a prime spot were we could watch the kids, the show and still chat/relax. (or so we thought)

The weather had been crap all day. It had been foggy/misty but luckily the temperature wasn’t too bad. So we all sat and waited for the show to start. 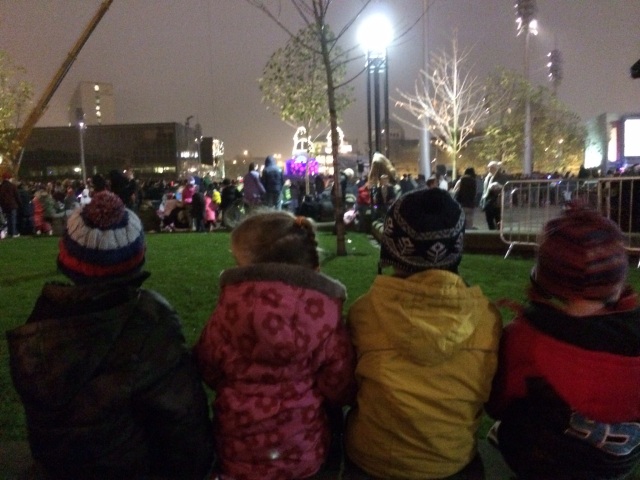 The sky was dull, grey and it started to rain just as the show began to start.
That didn’t deter people though and the area soon began to fill up with crowds of people. It was then that I realised my “prime spot” wasn’t that great. Specially when a loads of teenage and preteen kids started try and push us out off way.

The poor family at side of me kept getting hit by my bag and at one point baby even kicked the mum in the eye as I shifted her weight on my hip. I was mortified.

But it didn’t matter because there were Christmas carols sung by the school choirs. The best part of the whole show was the acrobatic aerial show. It was amazing and the kids liked what they could see of it because the crowds were moving in and blocking their view. Luckily the show moved high up into the air. Shoring high above the crowds meaning the kids got a great view and I managed to get some lovely pictures. 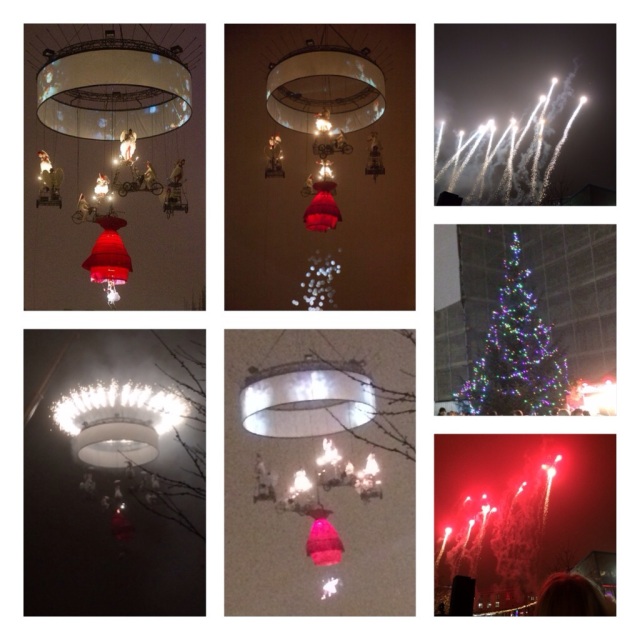 By this point the rain had stopped and we got to watch the show in amazement. Although T kept complaining he was hungry because he was sulking as I wouldn’t buy a flashing sword.

The Lord Major of Bradford switched on the lights which was great and the fireworks were great. All the kids loved watching them and the whole show was great. Even with the odd stressful bits. We all made it through and the light looked amazing and we all enjoyed ourselves. 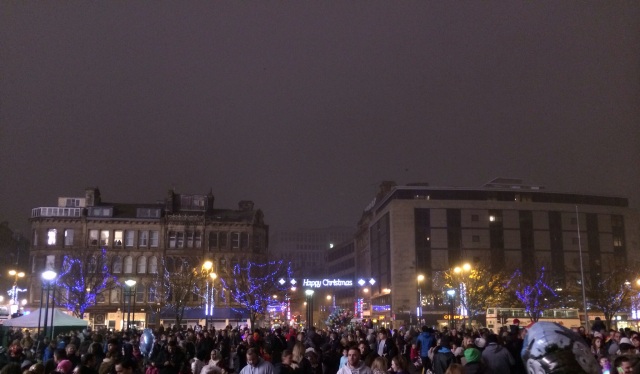 Santa was even give out presents as we left. The kids were so excited and of course the presents where a small charge but I couldn’t resist buy them one each.

I am so glad I had my friends to go with though because otherwise the night would of been much more stressful. (as my E needed the toilet almost constantly and all kids didn’t want to go every time)
I am so thankful for great friends because they made my night, specially when we went to go feed the tribe. The giggles, the banter and the memories that were made were great 🙂